Grilled Banana Bread with Tahini and Honeycomb from "Plenty More" 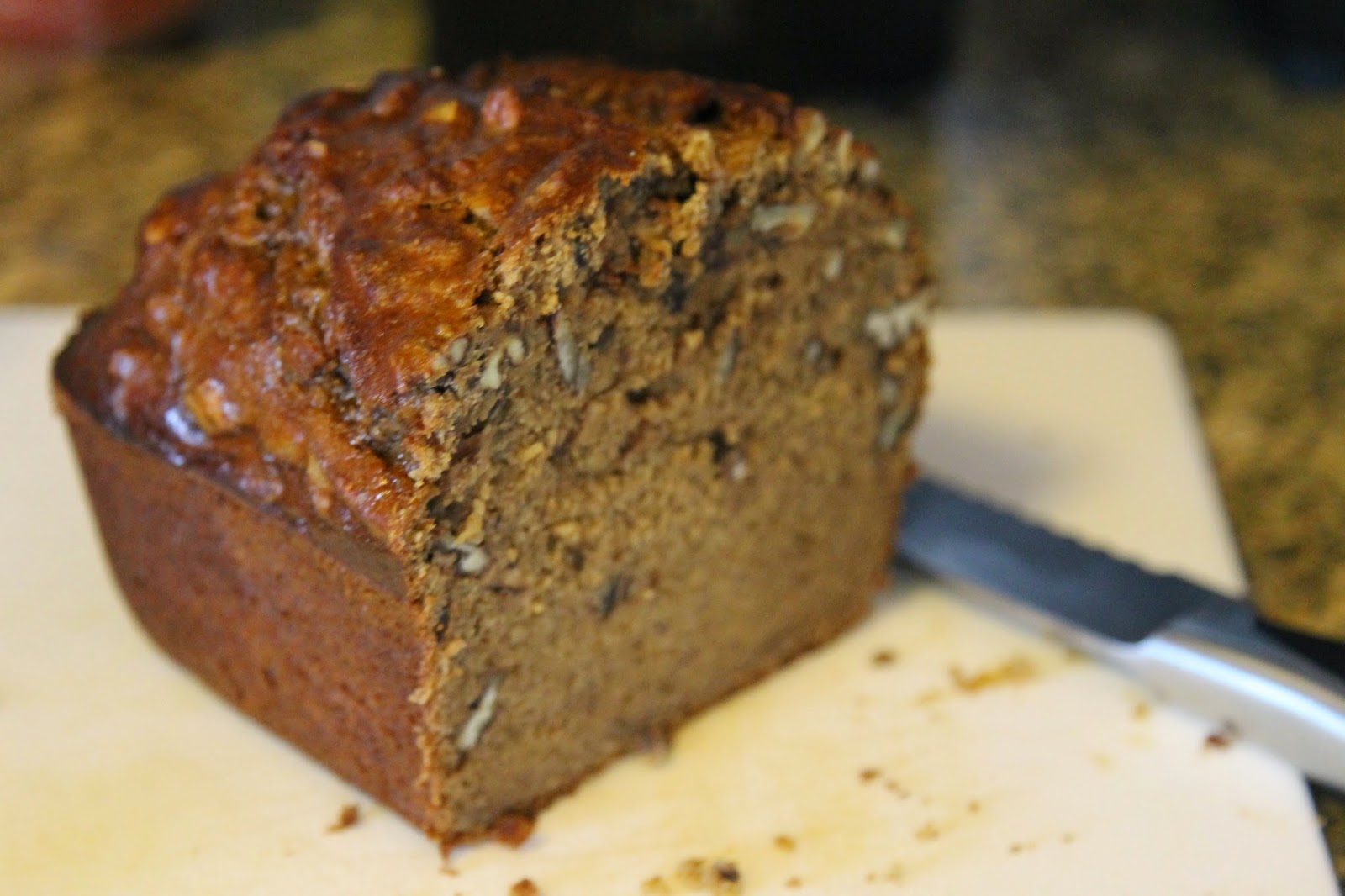 I'll admit that I probably did not do this recipe justice. That's doesn't mean it wasn't delicious. It simply means that I was in a hurry and distracted while putting it together. Thus, I had no preparation photos and made a few shortcut substitutions that may have impacted the original creation thought up by Ottolonghi.

I had planned on having a banana bread handy for our weekend guests. I was going to make this *carefully* on Thursday night - well in advance of their Friday evening arrival. However, I was called out of town last minute and my plans were put to a halt. When I arrived back in town on Friday evening, our lovely guests were already here and the bananas were still sitting out, waiting to be made into bread. I dropped my bags and got right into the kitchen to get the bread done before our dinner reservations. The quick timeline led to a few shortcuts but really, it turned out quite well.

Was this the best banana bread I've ever had? No. Can I attribute that to the recipe? Not exactly.

I found that it wasn't quite banana-y enough but I also don't think my bananas were quite ripe enough despite sitting out for 5 days. I also used gluten-free flour and coconut sugar instead of brown sugar. Any or all of these modifications could have dampened the recipe's potential. Still, it was quite good and with the tahini honey butter, it was delightful! 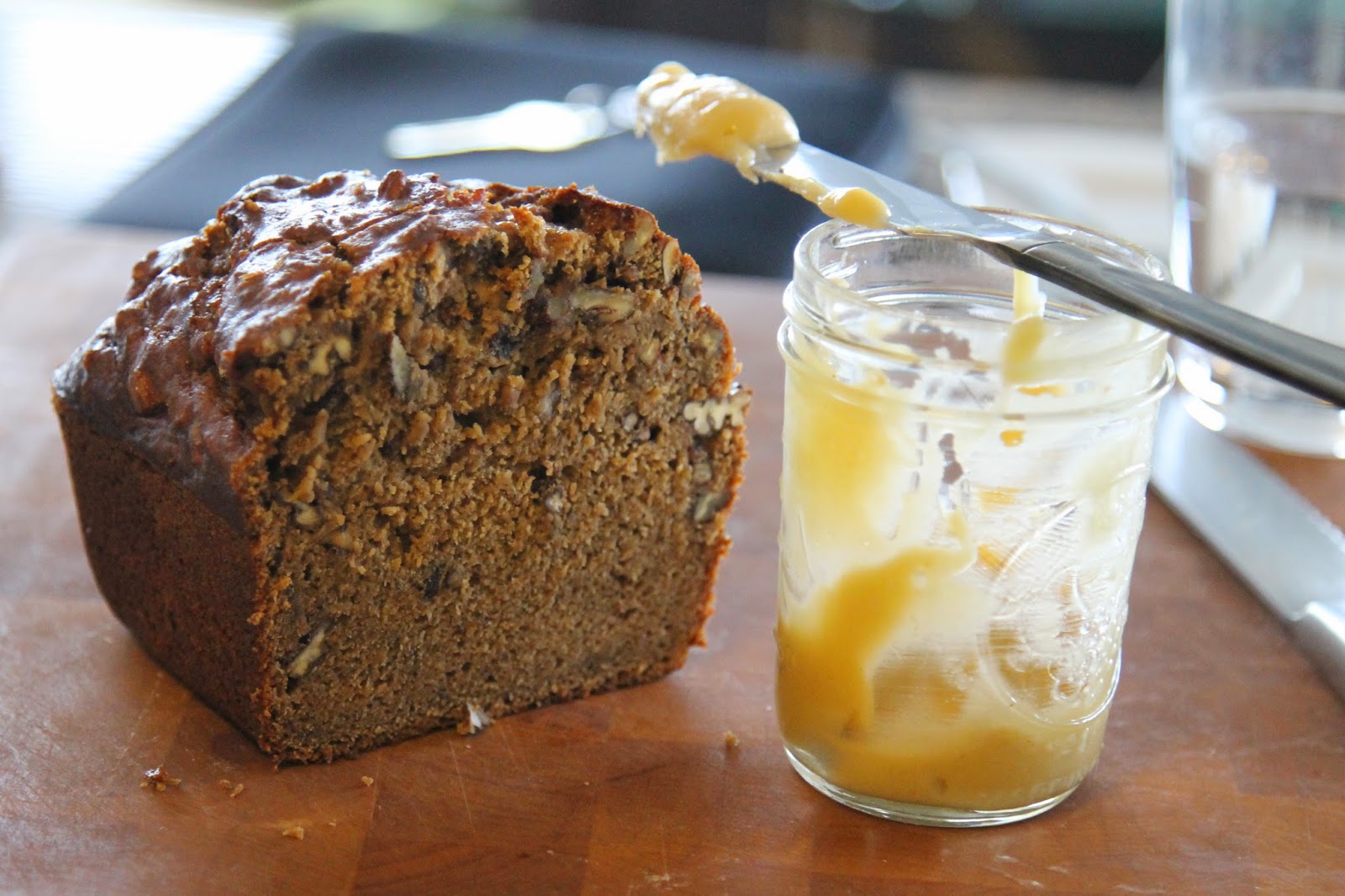 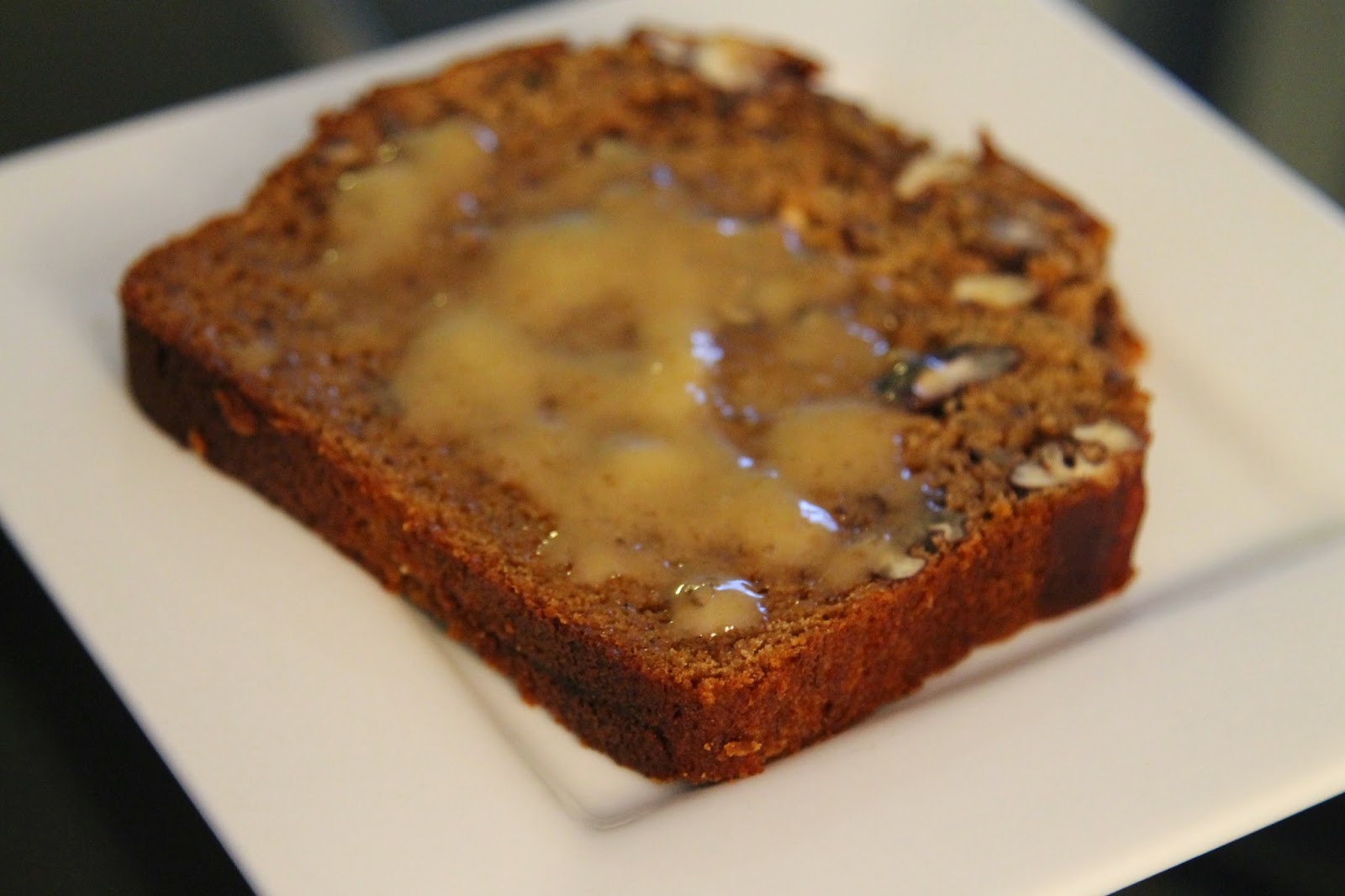 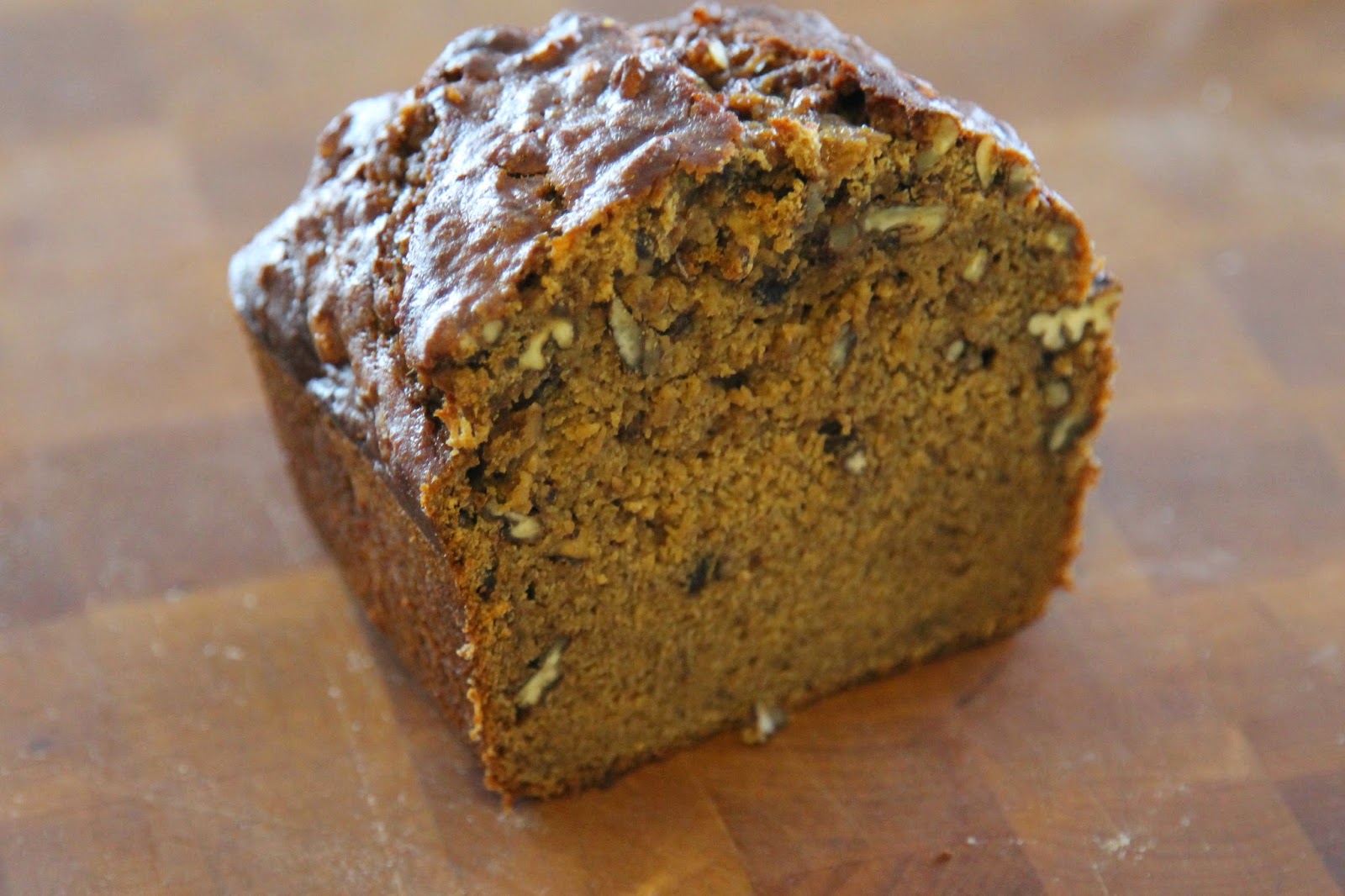 SUBSTITUTIONS/ADDITIONS/MODIFICATIONS:
Posted by Katie at 8:53 AM

I'm a Proud Member of 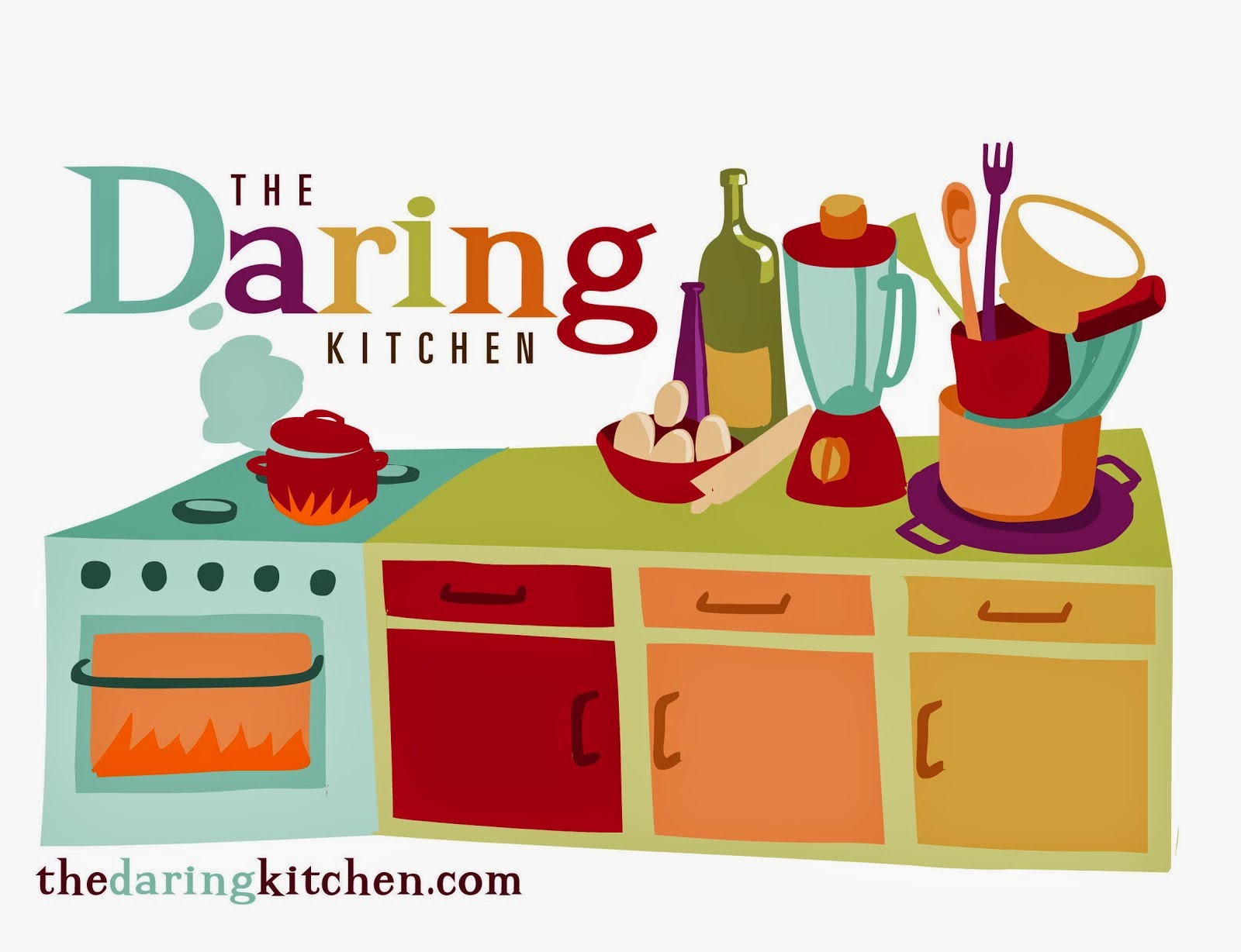 dining well together since 2005